Clemence Danon Boileau – You had to be there 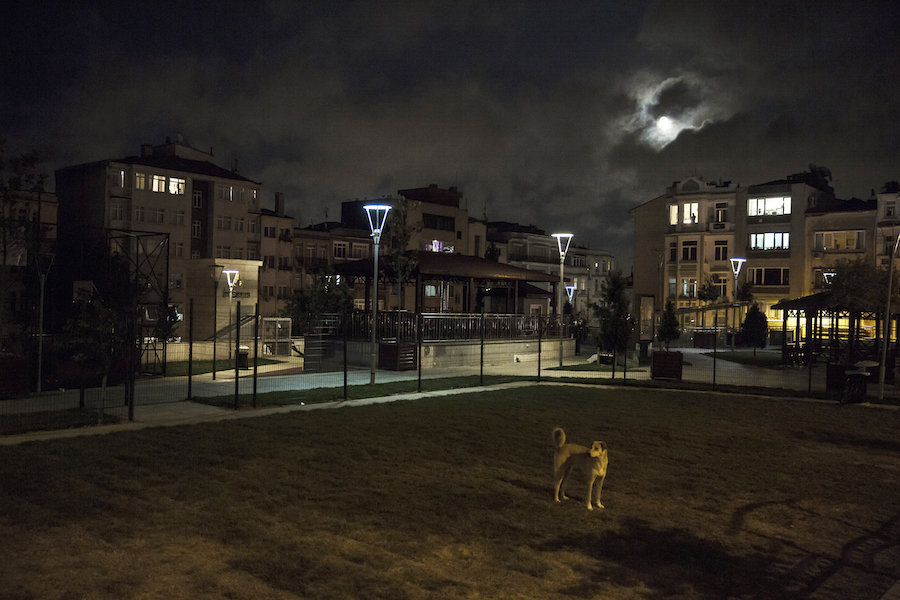 The ubiquity of images perpetuated by social networking inevitably reduces the value of photography. The fundamental nature of the expression describes its infinitely reproducible triteness. On a scale from light to darkness, photography, as if transparent, reveals not the description of the event, but the consciousness of the photographer’s feelings. Clémence Danon Boileau’s photographs bear witness to the set of choices she exercised in her everyday life. Her sombre use of colour and lighting speaks of a silent tragedy affecting every single one of us.

If we talk about the language of paintings and that of sculptures, we think of the composition, the interaction between the form and the space, and so forth. What then is the language of photography? Many look at it as the closest resemblance to reality, that it is essentially the language of events recorded, external to the photograph itself. How are we, the spectators, supposed to read a photograph, to access knowledge that goes beyond what is printed in front of us? Indeed, the arbitrariness of photography gives us only a glimpse of the operator’s reality through the shadow by the mediation of light. A Roland Barthes’ punctum, if you may. Thinking of the silhouettes in Clémence Danon Boileau’s Ni là, ni ailleurs series, a lot can be said in the silence of the night.

Her unceasing study of materials chases back to her initial motive in photography: as a way of remembering.

In a town southeast of Paris, Danon Boileau wanders about the familiar scenery of Fontainebleau. Through the viewfinder of her camera, she sees the forest and dirt roads not unlike those in Jitka Hanzlová’s photographs. The autumn leaves and dry bushes on the one side, and the bare branches of the towering trees on the other, evoke the presence of a sense of timelessness. It’s as if the wind was taken out of the equation in a vacuum of time, like a snap shot from a page in Wuthering Heights. Familière Etrangeté presents the uncanny – a paradox of intangibility and desire. Consider Danon Boileau’s photographs to be taken in the suspension of time, we retract the fourth dimension of our reality. Photographs are in their nature two-dimensional explaining Danon’s fervent research in giving substance to her work. Printed on a delicate Japanese paper, Danon Boileau gives her images physicality. The three-dimensional granulation of the paper renders a pointillist effect, drawing the spectator right in to the centre of the question: “What exactly am I seeing?” Her persistence in finding the right type of paper specifically for her different series grants her work a rarity value and transforms her personal observation into the spectator’s self-consciousness. 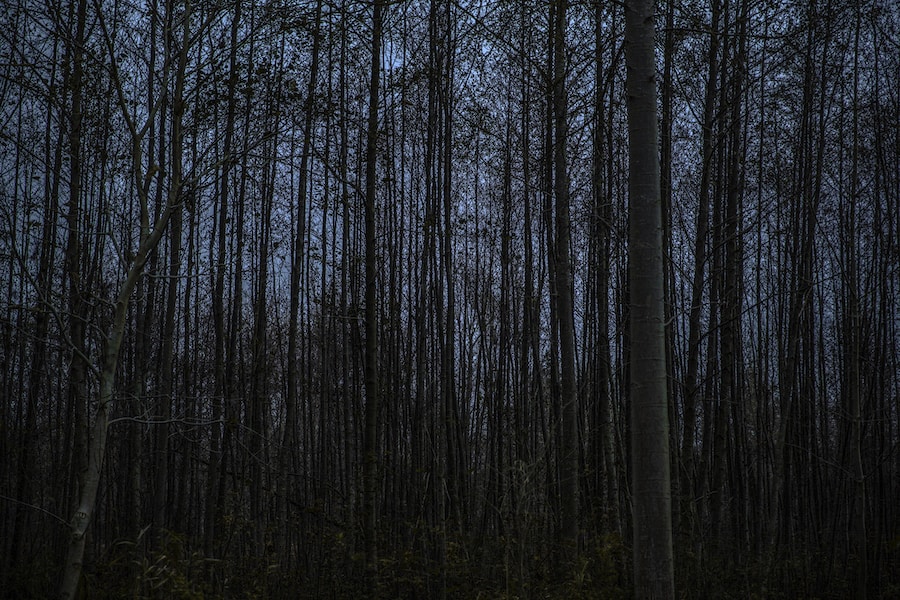 Completely self-taught, Danon Boileau picked up photography to construct her memory castle. The confidence in guaranteeing, through language, the things she sees in her daily life, is shattered in the mystery of photography. The familiarity of witnessing the modern phenomenon of smart phones, a portrait, a landscape in photographs illustrates the “striking instance of uncanniness” in Freud’s description. The strange faces, captured in Danon Boileau’s Dans le parking series during one of her many travels as a legal adviser to an NGO, are examples of her photographic sensitivity in revealing the modesty, innocence and purity of the ordinary. Achieving the technique of “Rembrandt lighting” without the constraints of a walled studio, Danon Boileau makes use of the raw light accessible in her surroundings. The features of her subjects are carved out resembling a Baroque painting. Yet, the spectator is more likely to be drawn to the intriguing details hidden in the shadows. The intensity in the everyman’s gaze is sharpened when the spectator is made aware of the soft, almost forlorn silhouette of which the explanation is absent in the photograph.

The spectrum of absence and presence holds the quantum of truth as to the photographer’s emotions as the shutter clicks. It’s not just black and white, but a testimony to an existence.  The many distractions in our circle of modern comfort complicate the sincerity of the artist. The construction of this reality in photography is dependent on the spectator’s recognition of these untold details. The great negative space in the image of a lady’s profile illuminated by the light of her telephone screen unveils the irony of globalised interconnectedness. The title of Ni là, ni ailleurs is evocative of the estrangement prevalent in our advanced society. This communication device brings us virtually closer to those who are far away but takes us further away from human contact. By removing this dependency, what is left is a morbid imagery reflected from the paleness of the lady’s skin. Danon Boileau’s subjects are neither here nor there. 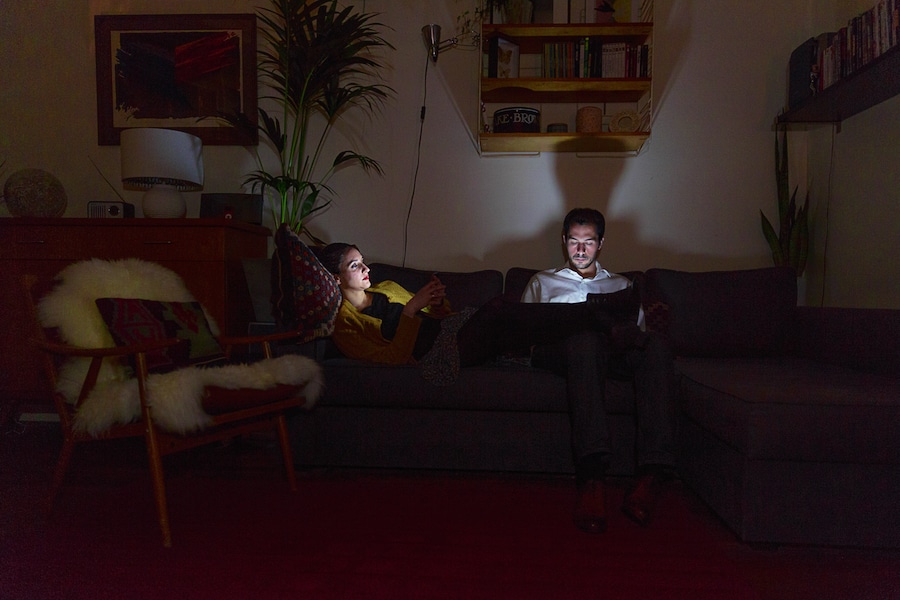 It is this automatism in photography and in our age that has conceived the dualities of such paradox and its contradictions and we cannot possibly perceive its extent. The socio-cultural reading into a photograph may somehow overwrite the photographer’s intentions and give the referent an overwhelming authority. In Danon Boileau’s Essai sur la fécondation in vitro, her photographs are freed of the necessity of a denotation. “Strip of one’s flesh, the essence of being takes shape.” The ambiguity of the subject matter is impregnated by the darkness of backlight. Her unceasing study of materials chases back to her initial motive in photography: as a way of remembering. These photographs are experimental and high in contrast. Danon Boileau’s reality unfolds in front of the spectator’s eyes into an empathetic, beautiful mess of cognitive reconnection and fabricated memories. 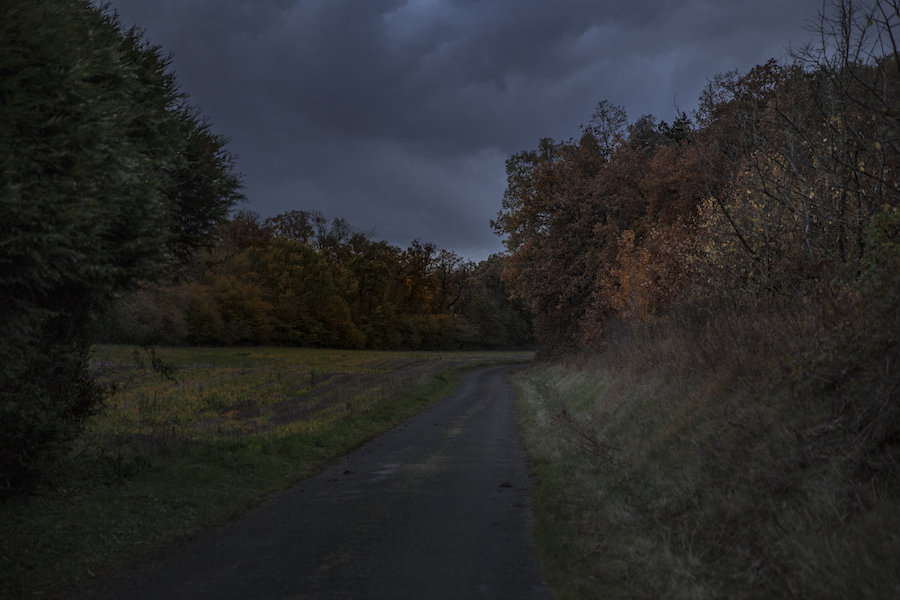 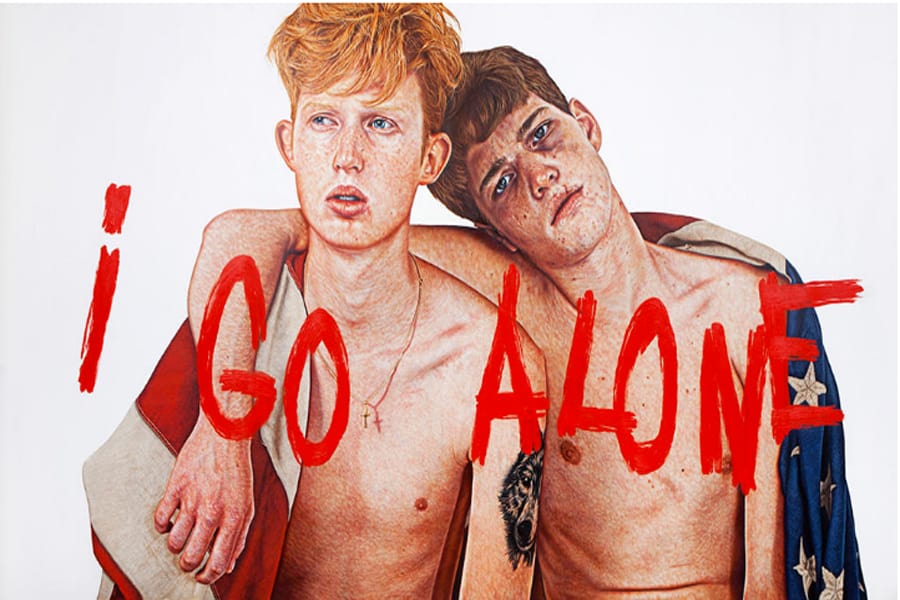 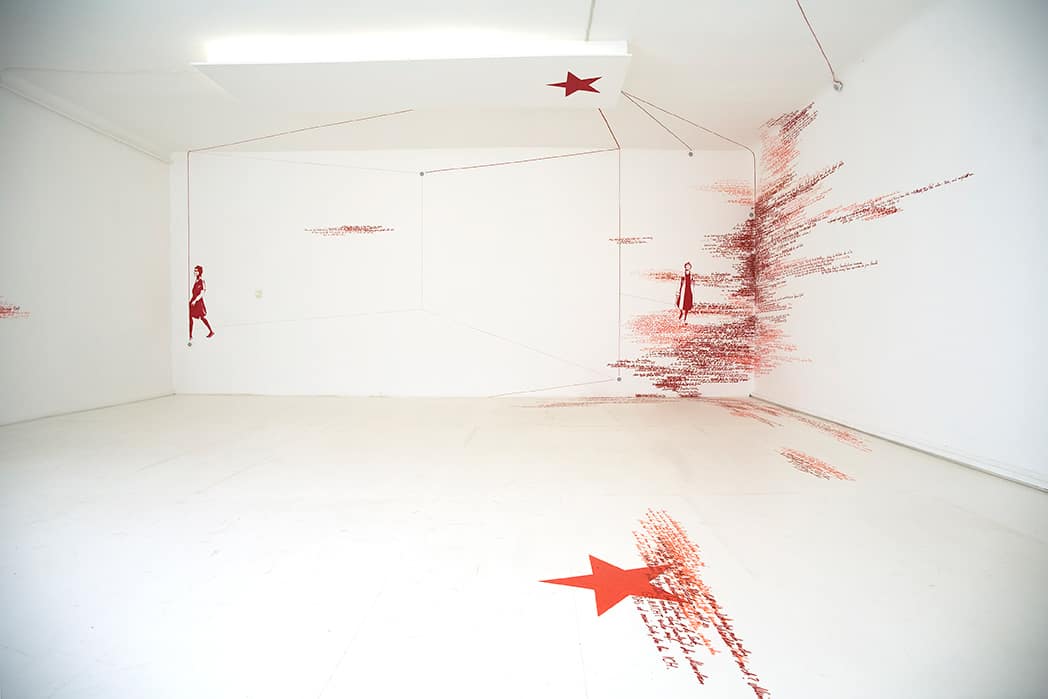 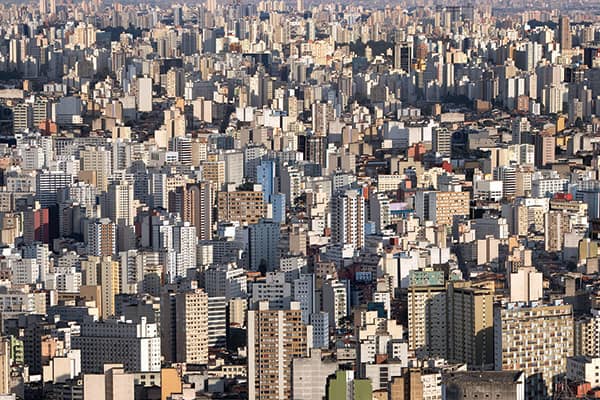